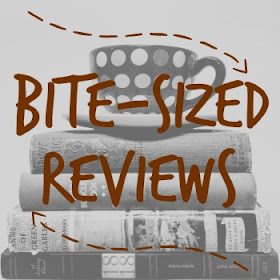 And here it is, friends! The first of many afore-mentioned review posts. *sigh* I had really gotten behind on those! This first set of books are all nonfiction and thought-provoking reads, as you will see...

Onward to the gushing! ;)

Gift From the Sea by Anne Morrow Lindbergh
This wonderful little book had barely been on my radar when I spotted a copy at a used bookshop I frequent occasionally. Perfect timing! I loved the way her thoughts flowed and followed so much of my own pondering and wonderings. Recognizing a lot of my own uncertainties and joys caused me to write down so many awesome little quotes to remember later. A quick read that proved the well-used phrase 'short and sweet'. So much sweetness! Definitely will reread it again. It feels like the type to refresh you every year as time and perspective changes... :)

Sense and Sensuality: Jesus Talks to Oscar Wilde on the Pursuit of Pleasure by Ravi Zacharias
I confess this one wasn't anywhere on my radar until it popped up on a deal of the day email several months ago. As I have enjoyed Mr. Zacharias' writing before, I decided to try it. It is an intriguing little conversation! I didn't remember much about Oscar Wilde's life, but I went and researched what I could find, which helped me understand just what is going on in this "conversation". It provides great food for thought and response when faced with so much of the sensuality in culture around us...

84, Charing Cross Road by Helene Hanff
I cannot believe I'd never heard of this little gem until fairly recently! This was, quite simply, a delight from start to finish. I laughed at several places, shook my head in others, got a bit teary at the end, and absolutely adored these letters between two people who connected over love of story. For any booklover, this is a must read. (And probably everyone else but me has read it already. But I am finally part of the gushing reviews! :)

"Please write and tell me about London, I live for the day when I step off the boat-train and feel its dirty sidewalks under my feet. I want to walk up Berkeley Square and down Wimpole Street and stand in St. Paul's where John Donne preached and sit on the step Elizabeth sat on when she refused to enter the Tower, and like that. A newspaper man I know, who was stationed in London during the war, says tourists go to England with preconceived notions, so they always find exactly what they go looking for. I told him I'd go looking for the England of English literature, and he said:
"Then it's there."

Surprised By Joy by CS Lewis
So much of Mr. Lewis' writing challenges my brain to work hard to understand what he's saying (this doesn't stop me from trying to understand him though!), so I was surprised by the more accessible flow of thought when I started this one. Lewis' intelligence does make it itself known, of course, but this is a fascinating look at his journey to Christianity. I admit that maybe I skimmed a slight bit when he got a little detailed on some of his school days, but overall this gave me a deeper perspective on him and what joy can be and look like. Definitely recommend it!