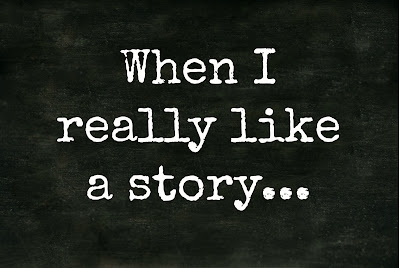 So I recently discovered this series that a fellow blogger has created. Heidi asks other readers what three things make a good story. It got me to imagining how I would answer such a question. As my mind wandered hither and yon, I decided my own blog post was a must and here we are! :)

The more I thought about it however, I decided I needed to clarify something before sharing my list. Namely, there is a significant difference between a "good" story and one that I will read over and over and fall in love with every single reread. For example, I can acknowledge that Dune by Frank Herbert is a good story. It's well-plotted with amazing world-building and certainly beloved by many! But it's not one I ever imagine rereading. So it's a good story, just not a great one in my opinion. Yet I know there are those readers that absolutely LOVE that book. See what I mean? Thus, when trying to create this list of things that make a good story, I decided that it's much more true to say these are the things that make a story one that I will pick up again and again.

Now then. Let's get to it, shall we? (I should note that Heidi only asks for three, but I couldn't limit myself thus.) (Which is no surprise, right? I do love to analyze! :)


Characters I Can Connect With and Root For

This is probably the biggest make or break aspect of a book for me. As I noted in my review of Dune, I couldn't connect with any of the characters, which truly disappointed me. And made me realize how important characters are to the story. I mean, yes. We all know characters are important! (I'm so great at stating the obvious, aren't I? :) But reading that book really opened my eyes to how HUGE this is for me. If I can't connect with at least one character (and preferably a main one), if I can't root for the hero or heroine in some way, if I can't feel their emotions, it almost ruins the story for me. Not completely! But almost. I need to understand the character at least a little bit in order for me to want to know them better. 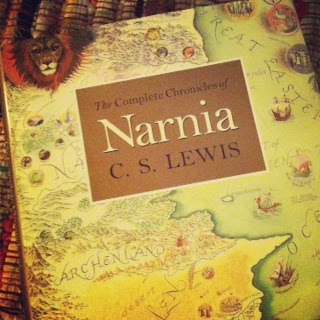 Great Relationships and Chemistry Between Characters

This one kind of goes along with the first one, but I thought it was worth its own description. Relationships, whether they are friendly or romantic, will keep me riveted. Especially if it's a relationship that starts out a bit antagonistically and then grows into a mutual friendship. Watching two characters learn to respect and love each other can be such a delight! One such example is John Thornton and Nicholas Higgins from North and South by Elizabeth Gaskell. Of course, my opinion of these two is hugely impacted by my love of the adaptation and Richard and Brendan's portrayals! ;) Watching their respect and understanding of one another grow agonizingly slow makes the resulting friendship worth every single frustrated moment I had. I was rooting for both characters individually from the very beginning, but when they grudgingly began to note the goodness in the other, well....that just made me love them more! And the chemistry comes in when I can feel the friendship/relationship growing right along with the characters themselves. I suppose it's that I love to be swept away into the characters and their story, so I want to feel their emotions. 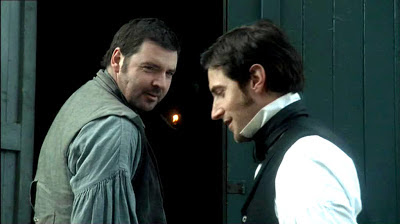 I know, this should be an obvious one that doesn't need stating. But I'm going to state it anyway! Because while I know that what constitutes good writing to me may be vastly different to you, the writing style of an author makes a big difference on whether I'll decide to read the book or not. I am so grateful that you can sample ebooks for this very reason! (Even if I do wish some of the samples were just a few pages longer. Especially if half the sample is made up of the title page and chapter index! *frustrated sigh*) Some writing just flows so naturally, while others do not. And I can typically figure out whether I'll be able to stomach an entire story by how the first chapter reads. Sometimes I'm wrong! A few books can start rather slow and off-putting, but then gather speed and sweep me away by the middle. And sometimes the beginning is awesome, while the middle and ending are horrible. Yes, it is completely subjective, but still an important aspect of a book for me. 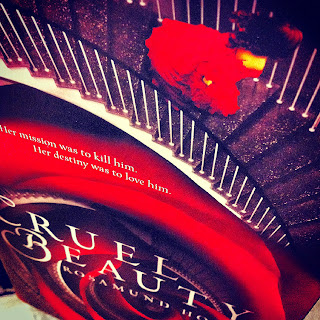 Reading is a bit of an escape for me, so I require happy endings for the stories I love! Reality is hard, people. It can be rough and miserable, we all know that. (Of course, it can be happy too! But that's not my point here. :) As such, why would I want to read about the same miseries and impossibilities in my books? If you like to do so that's great for you, have at it. But I much prefer to read a story that reminds me of the happy moments in life. That after all the hard and yuck the characters have dealt with, happy still wins in the end. I should note that my definition of a happy ending doesn't mean that no one is sad. (*Spoiler alert*) In Nicholas Sparks' A Walk to Remember a main character dies, but I still consider that one having a happy ending. Because the other character grows and learns and becomes who he was meant to be because of knowing her. I just don't like the endings where everyone is dead and/or miserable. An ending with no hope. I like hopeful endings! 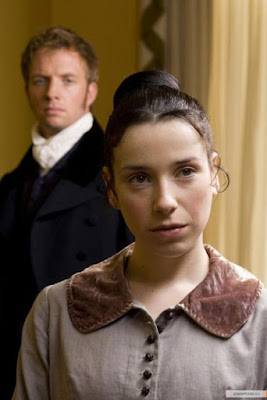 Yes! I admit it! It's shallow, but I admit it. I like romance in my stories. It doesn't have to be the main focus, I'm totally okay with the romance being a secondary plot, but I do love it when there's a bit somewhere in the story. I can (and do!) have some favorite books that have hardly any romance anywhere in them. For instance, The Queen's Thief series by Megan Whalen Turner has very little. In fact, the first book has zero and the second barely mentions it. They are not what I would term romantic stories at all. (It's really more alluded to by what isn't said, than what is. Brilliantly written, in my opinion! :) Alas, what can I say? Give me a swoony hero and I'm a happy reader! So there. 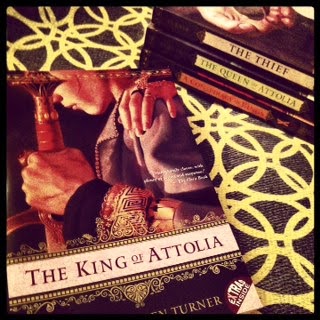 What do you look for in stories you love?