My Thoughts on Doctor Thorne 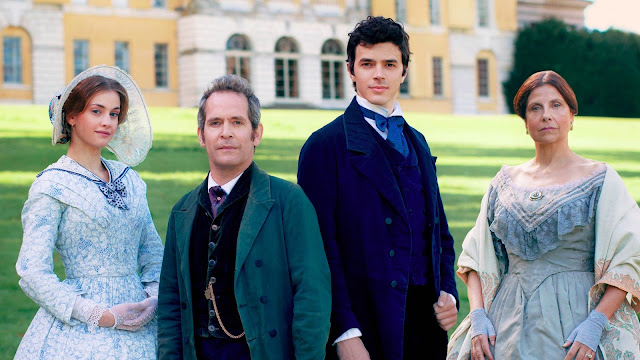 So! I finally had the chance to watch this miniseries last weekend. After reading a few raving reviews, I'd had it on my radar for several months but hadn't sought it out at the library (my go to for period dramas that I'm uncertain whether I'll enjoy). That changed when I was reminded again the other day and lo and behold my library had a copy all ready for me! Love it when that happens, especially as it happens so rarely. And I proceeded to thoroughly enjoy all three hours with these characters. :)

{Also, I'm terrible about talking about these sorts of things without a few spoilers, so beware!} 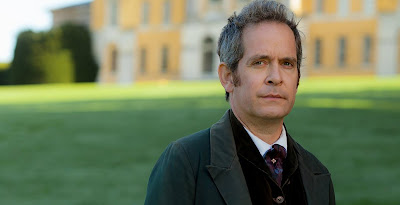 Firstly, it didn't take long for me to decide I liked Doctor Thorne himself. He is played so wonderfully by Tom Hollander, who I've seen in other things but hadn't liked him as well as I do this character. In fact, I think the last one I'd watched him portray was Mr. Collins from P&P '05, so you can imagine that I was perfectly willing to see him as a very different character! I do enjoy him as Osborne Hamley in Wives and Daughters, but I believe that this is my new favorite character for him. :) Doctor Thorne is just so very gentle and kind. Yet when his niece is hurting, he is well able to become as fierce a protector as needed! One of my favorite scenes with him is when he is defending Mary against Lady Arabella. He knows just how to make Lady Arabella aware of how awful she is! I loved how he is always proper in his responses, yet there is no doubt the severity of his choice of words. He will not stand having Mary hurt and his love for her is so fatherly and wonderful. Time and time again he stands between her and those who would potentially hurt her and it just made me so happy. Knowing the circumstances of how she came to live with him, especially when he had to have made those choices when he was still young and could've chosen differently, well that just proves to me how amazing he truly is. He also has this hilarious, sarcastic sort of wit. He'll be so quiet, just listening to whomever is talking, when suddenly he throws out this little rejoinder that makes you laugh! Also, he is quite observant, with a lot of wisdom. Definitely someone to be counted on for careful advice. He is absolutely the highlight of this miniseries for me! :) 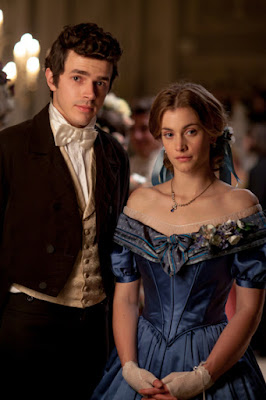 Then there's Mary, herself, and Frank. I'm lumping them together because so much of the plotline revolves around separating these two lovers. Both actors (Stefani Martini and Harry Richardson) do a fine job, they're newbies so this is the first time I've watched them. I enjoyed their interactions, especially as both are simply nice characters. The only qualm I have is that the falling in love part of their relationship happened off screen, prior to the opening scene, so while I appreciated that they were in love, I could never fully invest in their desperation, especially Frank's. Perhaps it was just me (probably so), but their romance just didn't hold me as captive as I wished, it simply didn't ring totally true. That doesn't mean they weren't all kinds of cute though! Because they were. And I was definitely rooting for their happy ever after. So while I wasn't blown away by the romantic parts of the miniseries, I was impressed with Stefanie and Harry and will certainly look forward to (hopefully) watching them in future projects!

There's also Lady Arabella (who is perfectly horrid and I absolutely laughed and laughed when she got her comeuppance! :), her husband whose name I forget (but who I liked, especially his friendship with Doctor Thorne. I just wish he would've had a bit more of a backbone, or at least shown it a lot earlier), the mysterious Miss Dunstable (played by Alison Brie, who held her own very well against all these English actors/actresses), and Sir Roger Scratcherd (played by the awesome Ian McShane, and while his character wasn't entirely likeable, he had a good heart. And his final scenes were heart-wrenching and beautifully played, so I easily forgave his alcoholic tendencies. Plus his friendship with Doctor Thorne was fun, they danced around each other like old friends do and I simply loved their interactions, even as I would get frustrated with Sir Roger himself). Other minor characters make an impact whether good (Sir Roger's sweet and funny little wife) or horrible (Louis Scratcherd, Sir Roger's son who I could've done without. But then, I suppose we wouldn't have a story, would we? ;). Also, Frank's sisters are sweet, if a bit silly (especially Augusta, I did rather like Beatrice though!). 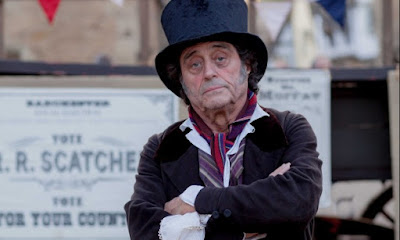 Moving into the other parts of the story besides characters, the cinematography is beautiful (naturally, it's the English countryside after all!). The plotline itself is intriguing. It definitely went in different ways than I was expecting, although there were several things that I figured out pretty quickly (which is abnormal for me actually. I'm not usually so smart when it comes to figuring out what's going to happen next!). It's based on a book by Anthony Trollope, who's had books adapted before but I haven't watched them. Now I'm convinced perhaps I should give them a try! I laughed quite a lot during my watch, and there's the proper amount of romance to bring a few swoons your way, plus the mysteries sufficiently drew my curiosity, so all in all I really liked this miniseries. I'm thinking it'll be added to my personal library someday. Perhaps! :) Definitely worth a watch, if you enjoy these sorts of period dramas. Watch it for Tom Hollander's Doctor Thorne, if nothing else! :)