The BEST Part of my Trip to Biltmore 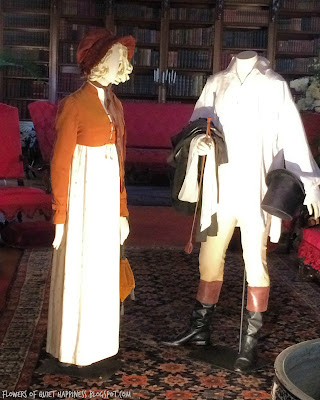 Some friends and I visited Biltmore Estate the other weekend and I hadn't realized they had period drama costumes on special display right now. BEST surprise ever! Because those lovely costumes you see up there? Tell me y'all know who had the privilege of wearing them!

Yes! Jennifer Ehle and Colin Firth in Pride and Prejudice '95. (!!!!!!) As soon as I stepped into the library and caught a glimpse of them, I knew immediately what they were. To say that I was dancing on the inside would be an understatement! (It was a busy day and there were far too many people around me to make dancing for realsies actually possible. ;) Needless to say, this Jane Austen fangirl was very, very happy. :D

I don't know if any of y'all have ever visited Biltmore yourselves or happen to know any of the history. Delightful author Pepper Basham is always posting pictures of her numerous visits to the estate on social media, so I knew a tiny bit from what she's shared. But I had no idea that George Vanderbilt (the original owner of the house) was such a huge reader.

BECAUSE THAT LIBRARY IS AMAZING.

I mean, look at all those books... 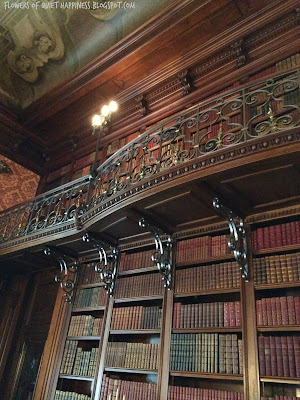 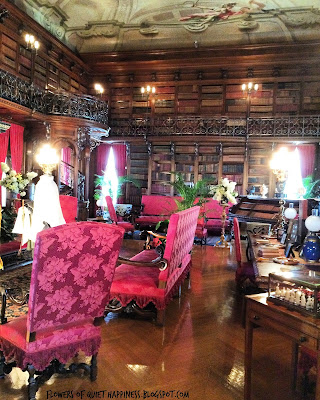 (Yes, that is a balcony up there. It went around the entire room.) I think we were told that there were upwards of at least 10,000 books in there, in several different languages. Can you imagine owning such a library?! I wanted SO badly to have hours to wander that room and look at all the beautiful stories encased within. If only... *daydreams* 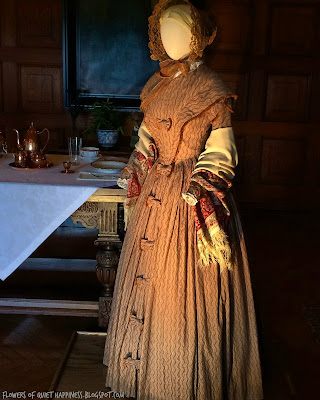 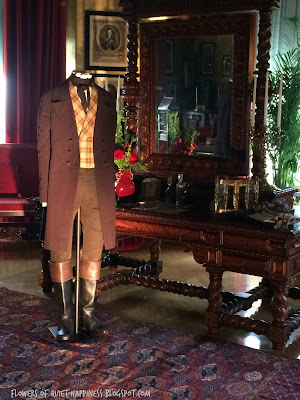 I also enjoyed seeing one of Mia Wasikowska (and yes, I did just go and google how to spell her last name) and Michael Fassbender's costumes from Jane Eyre '11. 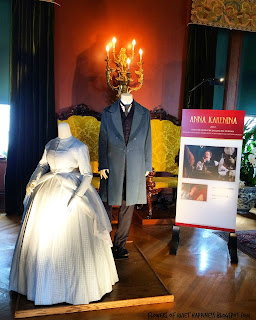 Also, I learned that Alicia Vikander (I had to go look up her last name too) is much shorter than I. And definitely much shorter than Matthew MacFadyen! (Although I'm thinking that lots of people are probably much shorter than he. ;) Seeing their costumes from Anna Karenina side by side, the difference in height is quite obvious. I haven't watched that movie, but I did like the costumes they chose to display. 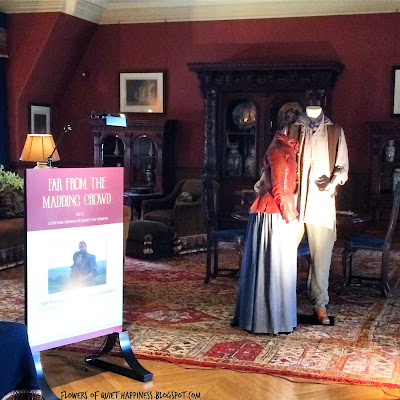 And lastly, this is Carey Mulligan and Matthias Schoenaerts' costumes from Far From the Madding Crowd. I haven't seen that movie either (I've heard really good things about it, so I'm hoping to watch it one day soon), but I've seen lots of pictures and that particular pose is familiar. I knew who it was even before I read the sign! :)

There were many more costumes throughout the house, but I didn't recognize any of the movies or period dramas they were from, so I took no other pictures. Still, my period drama and especially Jane Austen fangirl heart was absolutely delighted! :) The estate itself is incredible and the costumes were the icing on the cake of the entire day. Not to mention it was wonderful to hang out with dear friends the whole time.