I am so pleased to participate in this Blog Tour today! Because this series is definitely worth getting the word out about. I was intrigued by the premise and once I dived into the pages, well...! Hopefully you'll get the chance to see for yourself, once you purchase your own copy! ;) I listened to the audiobooks and they were excellently done, for the record. 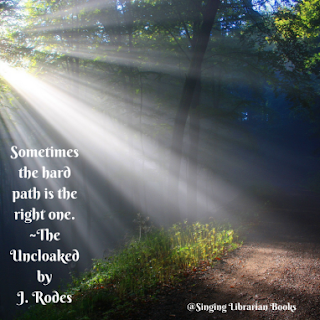 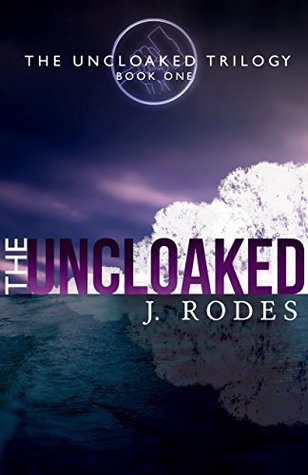 The Uncloaked {book one}
I was not expecting to be utterly swept up into the story so quickly! But Ms. Rodes hits the ground running in chapter one and lets the reader rest very little throughout the rest of the book. It feels so close to where life is currently in our country and how rapidly such devastating changes could actually become true. Considering all the heartache that these characters seem to about constantly endure, even before said changes show their true colors, I was so grateful that Braxton and Eliza's friendship was sweet and fairly uncomplicated. Each time they had a cute moment together, it allowed me to take a breather and just imagine being a teenager again. Yet this story is not for the faint of heart. Awful, terrible things begin happening and our characters have much to endure. And then there's that cliffhanger ending! Let's just say it's a good thing that I had book two at the ready immediately.

I will have to admit that Braxton bugged me several times during the story. I know he's a teenager with all his teen angst, but I got rather irritated at his flip-flopping back and forth. He could never seem to land on exactly what he felt about any of the changes happening in his world. A little bit of that I can understand, but when one particular, obvious awful thing happened he still couldn't decide! I was grateful that by the end, he finally seemed to settle a little bit. Book two helped my feelings about him as well. 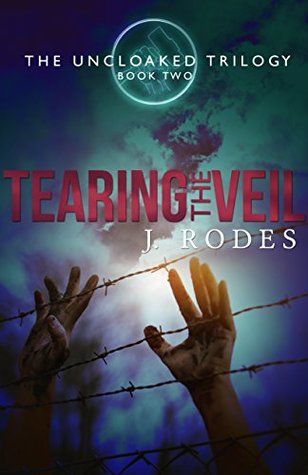 Tearing the Veil {book two}
I was hoping for more answers to all my questions left over from book one and I did get a few. But of course, more questions just seemed to get asked and fewer answered! Which, naturally, required that I keep reading. Not a hardship, let me just say! ;) We pick back up with Braxton and I was pleased that he seemed a bit more settled in this book. Plus we get to know Hannah, Eliza's little sister. Now that Braxton has matured, Hannah gets to take over all his immature decision making! But luckily she's got Braxton to look out for her, even if she doesn't want him to. She bugged me a few times, but I quickly got over it.

The tension only rises during this middle story. I confess that there were several times I had to put the book down just so I could remind myself that this wasn't actually happening in real life! Kudos to Ms. Rodes for her incredible ability to write so life-like. Evil continues to run rampant through the story and it takes the courageous few to choose Truth over all the lies. Yet again, this book continues the adrenaline-pumping, uneasy bits, but surrounds them with small tinges of hope that refuse to give up. And that hope is so worth fighting for, as our characters come to realize. And that ending...! 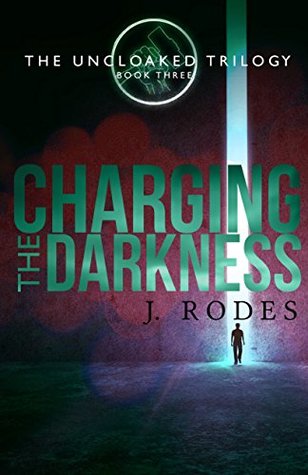 Charging the Darkness {book three}
Wow. That's about all I can say about this final book in the trilogy! The same edge-of-your-seat tension held me captive from beginning to end. So many things happening and unexpectedly! I tried to imagine where I thought Ms. Rodes was going to take us, but, of course, I was wrong. Hope and forgiveness are incredibly powerful and should never be underestimated or thought impossible! This last book definitely cements this series as top notch and worth reading, in my opinion. :)

I was SO happy that my quibbles with a couple of the characters in the first two books were gone! Genuine maturity arrived and I was firmly on their side as harsh decisions were forced upon them. As per the first two books, the evil and darkness has continued to escalate, which only makes Truth and Hope shine so much the brighter! As each of the characters work through their individual journeys, I was blown away by their growth and determination to do right.

This entire series is well worth reading, my friends! This final book is proof of that, but in order to get to this one, you have to first read the other two. ;) So get to it! I don't think you'll be disappointed. 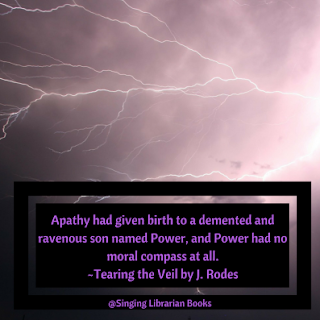 From Sellout to hero, by way of the den. Braxton Luther finds himself in the crossfire of a new order, and discovers apathy is a dangerous option.

J. Rodes lives on the wide plains somewhere near the middle of Nowhere. A coffee addict, pickleball enthusiast, and storyteller, she also wears the hats of mom, teacher, and friend. Mostly, she loves Jesus and wants to see the kids she’s honored to teach fall in love with Him too. 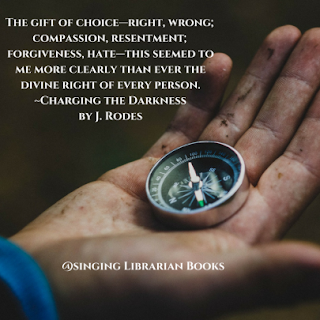