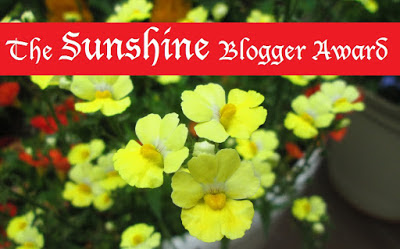 I know I just did one of these a couple months ago, but I saw Hamlette's post for this yesterday and since she didn't tag anyone specifically, plus I was searching for some post ideas, here we are! I thought the questions were fun.

{Also, I'm not tagging anyone specific either. So if you want to join in, have at it!}

1. Do you like to read an entire series at once or spread out the books over time?

I would much prefer to read them all at once. If I have to wait, it's incredibly painful. (I'm looking at you The Lunar Chronicles). And then once I've read them all and loved them, I can reread again and again all I want! :)

2. Would you rather be stuck in the past or the future?

Hmmmm. That's a tough one actually. I'd say the past, at least I could have some semblance of understanding what's going on (maybe?).

3. Have you ever had dream re-runs? (In other words, the same dream twice. XD)

I have no idea. If I ever actually remember my dream, usually I've forgotten it a couple hours later.

4. What is your favorite vacation you've ever taken?

There's several that would be in my top ten, but my most favorite ever? I'd probably go with this one: back in 2001, a couple friends and I drove straight through from VA to CA (it took 41-45 hrs....I think?), stayed there a few days, then drove up the west coastline to OR and WA. We stayed in each of those states a couple days apiece, then drove east. We stopped at the Grand Canyon for a few hours on the way out, and Yellowstone National Park and Mount Rushmore on the way back. We also saw the most beautiful (and HUGE) fields of sunflowers in South Dakota, as well a very large amount of motorcycles around Sturgis, SD. Not to mention we did a lot of tent camping, which brought it's own flavor of adventure to the trip. (You try chopping up a long piece of wooden board that we found alongside the road into firewood without an axe. Lucky for us, a rather handsome gentleman came to our rescue. ;) I have the best memories of that two and a half weeks. It was crazy, a bit chaotic, but awesome!

5. Do you like to chew gum? If so, what is your favorite flavor?

Not really, so I don't have a favorite.

6. If you found the entrance to Narnia, would you tell anybody? Who would you take with you if you did?

Yes! I would tell a couple good friends of mine, who I know would be thrilled beyond bits to go on an adventure like that with me. :)

7. Waffles, pancakes, or neither?

8. Do you use the Shift key or the Caps Lock key every time you capitalize something? (Odd question, but it's something I always wonder, haha.)

The Shift key, unless I'm typing in all caps like I do for work. But for just one letter capitalization, I use Shift.

9. What is one smell that never fails to make you happy?

Anything freshly baking in the oven.

10. Have you ever been rollerskating?

Many, many times. Mom and dad's house has a basement with a cement floor and two poles in the middle of it. So around and around we went as kids, in skates and trikes and anything we could find with wheels! :)

11. You've gone into hiding and have to conceal your identity. What new alias would you adopt?