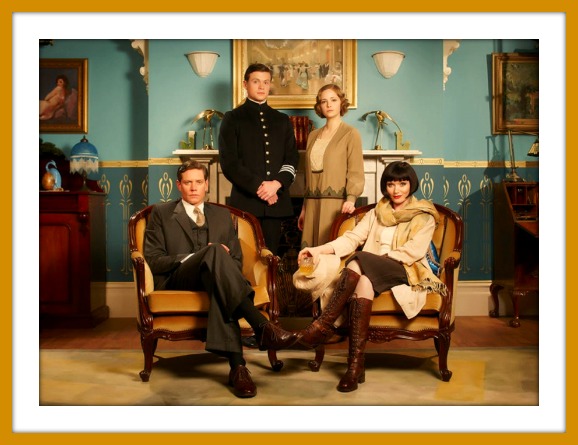 Phryne: What evidence do you have that it was me who broke into the bookshop?
Jack: An Hispano-Suiza parked outside at the time.
Phryne: If a tree falls in a forest...
Jack: You were very likely somewhere close by wielding the axe.
Phryne: Well... I didn’t break the window. That was done by a man in a black trench coat with a hat – the same man who attacked me when I tried to stop him stealing a book.
Jack: He attacked you?
Phryne: Well, I disturbed him. And he ran off with the book. I gave chase, and he took a shot at me, so I did the only thing I could in the circumstances.
Jack: You called for help?
Phryne: I stabbed him in the shoulder.
Jack: Oh.

I know I just mentioned this series in my last post, so I figured I should give you a taste of what life is like for Phryne. And Jack, of course! These two and their banter. :D (This quote happens to be from season 1, for the record.) 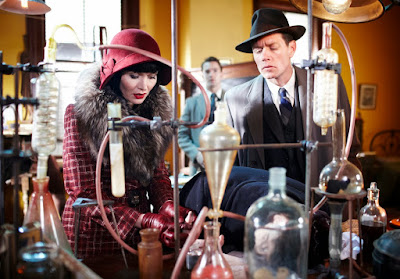 (Also I know this isn't technically a movie, but just go with it, okay?)

But truly, this series is just plain awesome! Phryne Fisher is unlike any heroine I've ever met before. She's rich, opinionated, fearless, loves a good murder mystery, a loyal friend, will do anything for those in her adopted family, and quite intelligent to boot! I know, those are qualities that have been used to describe other heroines, but trust me. Phryne is one of a kind! And while her real family gives her some fits (especially her father! as we find out in season 3), she collects a group of people around her that she trusts absolutely and loves completely and who love her just as much in return. For all that she can be a bit bossy and frustrating (especially for Jack ;), once you're in her inner circle you don't want to be anywhere else. She inspires the people around her to be better! 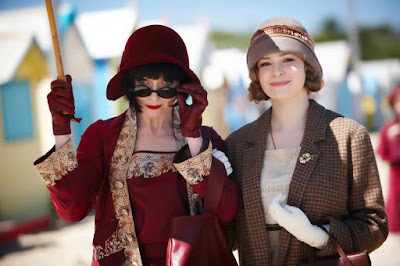 As for the rest of the cast, they are all amazing as well. From her trusted sidekick Dot, to Detective Inspector Jack Robinson, to Constable Hugh Collins, as well as loyal friend (and doctor) Mac, as well as Aunt Prudence. Plus all the fabulous other characters who I can't name off the top of my head! Each character takes a life of their own and they all gravitate toward and rotate around Miss Phryne Fisher herself.

(I should note that Phryne isn't afraid to show her appreciation for the males in her life, and while there's nothing truly explicit, it's also not a secret. So just be warned.)

Phryne makes the series what it is, but every character and every storyline just comes together to make a truly awesome show to watch. And after three seasons I REALLY hope we get more! :D 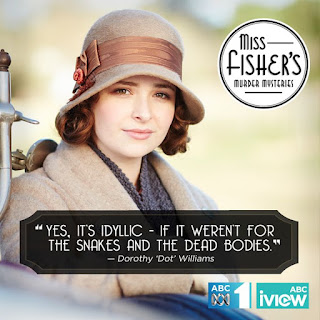