"Sometimes I wonder about my life. I lead a small life - well, valuable, but small - and sometimes I wonder, do I do it because I like it, or because I haven't been brave? So much of what I see reminds me of something I read in a book, when shouldn't it be the other way around? I don't really want an answer. I just want to send this cosmic question out into the void. So good night, dear void."~Kathleen Kelly (You've Got Mail)


A friend of mine reminded me of this quote recently. It kind of reflects my life right now. Fear is so very real. Being brave is scary stuff let me tell you! We talk about stepping out in faith and trusting. But talking about it and actually doing it are truly two different things! I have decided that I'm pretty wimpy and weak when it comes to stepping out into the great unknown "armed with..........nothing." (Kudos if anyone actually knows that reference! I may have seen that movie a few too many times.)

Putting yourself out there on a blog is pretty scary stuff too! I'm still not sure if by doing this, I'm being brave or being crazy. Probably both, definitely the latter! But isn't that what this life is so full of? Craziness and chaos and lots of adventure? If nothing else, it builds character, right?

(Every time I use that phrase, I'm reminded of Calvin and Hobbes. From the comics?  Every single time Calvin's dad heard him complain about some miserable camping trip, or having to rake the leaves, or something equally horrible, he would use that phrase. "It builds character!" Calvin never believed him. I'm not sure I do either. But it sure is fun to say!)


"Character-building, as usual, being code for experiences that suck so much while you're going through them that the most effective solace available is the firm belief in future noble and virtuous personal benefits." ~Lisa McKay

I'm not so sure about noble and virtuous benefits, but it sounds good, right? Sure it does. But in reality, life is messy and we just have to get up each day and keep on putting one foot in front of another. What really counts, I think, is how we respond to the day to day messiness.  I know I rarely don't always make the right decisions. But hallelujah, we serve a God who forgives and loves us anyway! I'd like to think that the next quote is a little closer to reality.


"...She flailed bravely into adventure not because she wished to figure as a hero, but because she was determined to battle for right, even if she struggled from day to day to define just what "right" might be." ~Sherwood Smith

So, I have no words of wisdom to end with. Just the clear thought in my mind to keep....on....going!

As Kathleen said,"I don't really want an answer. I just want to send this cosmic question out into the void. So, goodnight dear void." 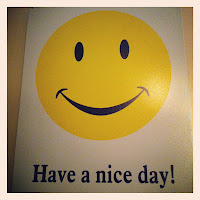 PS: To anyone who made it this far and is interested. I hope to do some book reviews soon. I just have to get this blogging thing down first. There's so much to learn! But the reviews will be forthcoming.
Posted by Kara
Email ThisBlogThis!Share to TwitterShare to FacebookShare to Pinterest
Labels: pondering