I've read a few short stories plus a couple library books in the last few weeks. So, I thought I'd share my thoughts via mini reviews for you today! Think of them as snack-sized versions. (I saw that term at Seasons of Humility and had to borrow it. Such a great description!)  To keep with the snack theme, I'm going to rate each story based on a snack. Kind of silly, but humor me. Pretty please? :) 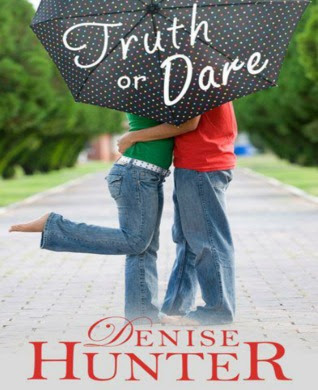 Truth or Dare by Denise Hunter

You know how sometimes you're in the mood to read something cute, but you don't have much time available? That's where this short story comes in! It's nothing new, nothing especially spectacular, but still so much fun! Brianna and Jake have pretty good chemistry and a past encounter that didn't end well. Combine those two things, as we enter the story five years later, and you have a mix of misunderstandings, undeniable attraction, as well as irritating each other to no end while trying to deny that attraction. It'll make you smile as you close the book (or go to the home screen of your ereader) and be happy with the time spent.

A Longtime (and at one point illegal) Crush by Janette Rallison

The one is similar to Truth or Dare in that the couple have a past that at least one of them would prefer to forget. Somehow I liked this story so much better! Kye and Elsie have known one another for years, Elsie even had a huge crush on Kye for a lot of that time. But events conspired to make her avoid him for the last three years. Now when they meet again, Kye is the one forcing Elsie to be unable to avoid him any longer. Elsie's determined to show she's moved on, but Kye isn't letting that happen and that means we get oh-so-much-fun interaction! These two are so cute and if they can get beyond their misunderstandings, they'll realize how perfect they are for each other. A little nerdy, a lot of cute, and a fabulous story that I wished could have been a full length novel! Definitely one I'll re-read.

Not as clean as I hoped it would be. But I did find it interesting to delve into the mind of someone with OCD. Grace literally orders her world with numbers and counting. Everything must be counted. From how many steps from her bed to the bathroom, or her house to the grocery store or cafe she frequents, to how many bites it takes to eat her food, or how many bristles in her toothbrush. Every single person and thing has to be dealt with by numbers. Enter Seamus and suddenly having a man in her life turns it on its axis. Things change, some for the better and some not. Like I said, it was interesting. Not one I'm likely to ever want to re-read and not really one I'd recommend. But curiously thought-provoking.

Rating: Bread Pudding (interesting and kind of good but mostly not)

Shades of Earth by Beth Revis

I really only read this because I wanted to finish the trilogy to find out what would happen. But I do have to give credit to Ms. Revis, she's an incredible writer! This trilogy was definitely well thought out and planned. Her writing takes you into this whole other world and keeps you hanging on to find out what's next. In other words, this world she's created feels as real as you and I! Switching between Amy and Elder's points of view was well done and easily followed. The conflicts and enemies in this book were mysterious and kept the tension on high alert. Like I said, she's an amazing writer and I'll be interested to see what she has planned for the future in writing. In short, this series is great, but it just wasn't one I really enjoyed. You're probably wondering why I read it then, but the plot was compelling enough to keep me coming back. Which just proves the writing skills of Ms. Revis! :)


On a totally unrelated note, I hope you're having a lovely Monday. As if I wasn't dreading the day anyway, I also have a dentist appointment. So your day has to be better than mine! :D