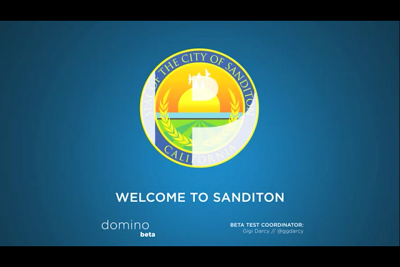 Welcome to Sanditon had it's first episode on Monday. Last week, there was a teaser video, but it wasn't an official episode. If you've been reading my blog for a little while, you'll know that I've been looking forward to this web series since The Lizzie Bennet Diaries ended! So I thought I'd post my thoughts thus far. I may do this more as we go through the series, I'll just have to see if I have any more thoughts to share later. But I promise not to bombard you with Sanditon stuff! (At least, I'll try my best not too. ;)

I had to go dig out my copy of Sanditon by Jane Austen and Another Lady (yes, that's how the author is named) to do a little research. It's been a while since I've read the story, so I needed to remind myself who the characters were and what they were like. (On a side note, if you haven't read this uncompleted manuscript by Austen, I'd really recommend this particular book. The second author completes the story and does it in a way that, I feel, makes it hard to tell where Austen's work ends and hers begins. I've read a couple of versions of the story, and so far this one is my favorite.)

Now for the characters we've met:

Gigi Darcy was adorable on The LBD and I knew that she'd be great here. I was right! Yes, it's only one episode, so it may seem a little early to be saying that, but I'm pretty confident I won't be changing my mind. ;)

We have Mayor Tom Parker, who is remarkably similar to his book character. All focused on getting news about his town out and about and definitely interested in health and fitness.

There's his assistant, who wasn't named, but I've a pretty good idea who he may be. I'll save my thoughts until I know for sure though. I could be wrong!

The other character is Clara Breton, owner of Sanditon Scoops. She seems very down to earth and nice. Her book counterpart is described as sweet and graceful and having the makings of a heroine. It will be fun to see if this Clara gets to be a heroine or not. I'm already fond of her!

I confess to being curious about who Lady Denham will be. But most importantly, I want to know about Charlotte and Sidney! They are my favorite characters from the book. With Gigi being an addition (not in the book obviously), I'm wondering if she's taking the place of Charlotte or if we've yet to meet that character. I'm hoping we've yet to meet her. And surely they'll have a Sidney! Can't wait til he shows up. Along with the Parker siblings! I think they would have the ability to provide lots of comic relief, so we shall see. I'm anxious to find out just what they do with all these characters and who shows up and who doesn't.

Of course, I loved the shout outs to William. Gigi is a Darcy after all, and this is supposed to be part of Pemberly Digital's testing of their Domino interface. I still hold out the small hope that William or Lizzie (or both!) will show up in these videos. I mean, William has to have contact with Gigi while she's gone, right? Right! ;D Ah well, regardless if anybody from The LBD shows up or not, I'm positive we're in for a fun ride. :) Have you watched the episode? What did you think?