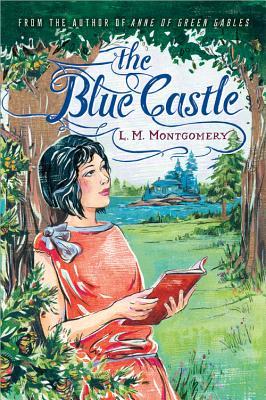 Several blogging friends have been telling me for years that I really needed to read this one, they were so right! I had determined that 2016 was the year it would happen, so yay for sticking to my resolution. Because Valancy's story is SO wonderful! :)

The biggest reason I loved this book was Valancy herself. She starts out completely stifled and lost. Her sense of self is pretty much nonexistent, and while she's somewhat self-aware of this fact, she also doesn't know how to change it. Until some devastating news decides her on a new course. I loved her internal dialogues! She's quite funny and smart actually, she's just let fear take over her life and keep that side of her from shining out. As she quietly (mostly) starts making choices in spite of her fears and begins finding her brave, her beautiful heart finally becomes apparent to others. I also loved how she came to know herself better by actively choosing to do something big for someone else. And that leads to new friendships and experiences. She makes a few mistakes, she has so much to learn you know, but always has her imagination to fall back on. Her "blue castle", as she calls it, starts out as just a perfect ideal in her head and ends up becoming very real.

Valancy's journey is populated with several people, most notably her horrible and stiff family, as well as Roaring Abel, his daughter Cecilia, and of course Barney Snaith. Oh what can be said about the notorious Barney Snaith! (I was greatly amused by the fact that he's always referred to by both his first and last names.) Known for doing everything horrible imaginable, true or not, he's quite mysterious and intriguing. So naturally, Valancy is intrigued. (Hamlette pictured him as Michael Fassbender and I find that easy to go along with. :) While we may figure out where their friendship is headed, the actual events to get there happen most unexpectedly. For this is Valancy's story, and while Barney becomes a part of it, her path is so much more than romance. (Although the romance bits are certainly very sweet and adorable!)

Letting go of fear and finding your brave is never easy (certainly not in real life!), so Valancy has several ups and downs. But she pushes on, determined to actually live her life and not let it just happen to her. Which is the ultimate lesson from this story. Life is meant to be enjoyed, not just endured! And if a wonderful little book such as this makes it more enjoyable, then that's just even better. Read this one, friends! Move it up your TBRs, dive in, and be prepared for happiness! :)

And everyone knew that he was an escaped convict and a defaulting bank clerk and a murderer in hiding and an infidel and an illegitimate son of old Roaring Abel Gay and the father of Roaring Abel's illegitimate grandchild and a counterfeiter and a forger and a few other awful things. But still Valancy didn't believe he was bad. Nobody with a smile like that could be bad, no matter what he had done.

"Oh, but you know we're all dead," said Valancy, "the whole Stirling clan. Some of us are buried and some aren't--yet. That is the only difference."

"A plate of apples, an open fire, and 'a jolly goode booke' are a fair substitute for heaven."